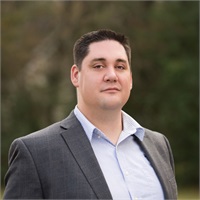 Josh joined Edgar, Kiker & Cross, PC in 2008 after a brief management career with a local business, which was awarded Business of the Year during his tenure by one of the local Chambers of Commerce. He became a shareholder of the firm on Jan. 1, 2016.

In 2014, Josh received the TXCPA Rising Star award, which is given to Texas CPAs who are 40 years old or younger and have demonstrated exemplary leadership skills and active involvement in TXCPA, the accounting profession and/or their communities.  In 2017 he received both the Outstanding Committee Chairman Award for his service on the Membership Committee, and the Southeast Texas Chapter was awarded the Outstanding Chapter Award during Josh’s year as President.  In 2018 Josh served a one year appointment to the Executive Board of the TXCPA.  In 2019 Josh was recognized as the Young CPA of the Year by the Texas Society of CPA’s which is bestowed on a CPA who is a member of TXCPA and a local chapter. The individual, 39 years or under, has made significant contributions to the accounting profession and the community and is a member of at least one other professional organization.  In addition, Josh has received recognition for his service as the chairman of the PAC committee for each year of 2017 – 2019 for exceeding fundraising goals established by the State Society.

Josh has spoken publicly at Lamar University, on career panels around the state and has also been a guest on several podcasts.  Josh is passionate about all things Beaumont and Southeast Texas, and spends all of his spare time with his wife, Cheryl, and French Bulldog, Scotty.  He loves to spend time outdoors on their boat, cycling, and traveling with his wife.